First of all, what is consistency? Well according to good ol’ Webster dictionary it is:

: the quality or fact of staying the same at different times

Let’s elaborate further. According to TalkSpace, consistency in a relationship is defined as:

“Consistency is a combination of behaviors that include dependability, trust, and a true desire to have a companion and form a serious relationship.”

Consistency in a relationship can be an incredibly powerful healing tool for trauma. Because here’s the facts… you can go to therapy, workshops, weekend retreats, read self-improvement books, listen to podcasts on growth and put in all the work you want to (and you should), but I’m finding you are far from done in your healing journey at that point.

It’s not until you open yourself up to be vulnerable in a new relationship that you realize all those triggers are still triggers. And all those things you didn’t realize were triggers, because you hadn’t been close to anyone during your healing, are suddenly rearing their ugly head. And I mean smacking you in the face with the brutal honesty of how much hurt you went through and how your brain can go into autopilot to resemble who you were before all of the growth and work you put in.

Trauma experienced during your life can leave deep scars and lasting emotional damage. Finding a healthy relationship with yourself and then with others can be trying. Opening up to another person to build a life together and work on the foundation of a lasting relationship with a partner has been one of my hardest and most eye-opening experiences.

Abuse leaves you feeling neglected, unsafe, unable to say no, anxious, insecure, numb, hyperaware and a myriad of other symptoms that are for another post. Because explaining them all would take an eternity. It’s like having a lifetime of aftershocks because you’re left with so many triggers.

So, what happens when you get into a new relationship? I’m no therapist, but I know my own experiences. It’s hard. Really hard. And not just for me…. for my partner too. He wasn’t in the abusive relationship with me, but he constantly lives there. Walking into this relationship was different. Everyone comes with baggage, but I came with late night anxiety attacks, avoiding certain songs or shows or movies, easily spooked, needing excessive space, being aware of who is around us, sudden loud noises, extreme fear, catastrophic thinking… the list goes on. I left the volatile relationship almost 7 years ago and although some of these triggers and thought processes have gotten easier, they still required being walked through together.

The problem is trust. Trust does not come easily after trauma and violence. The people who “loved” us most, hurt us most. How do you move past that with any trust? You really don’t.

But, the most important thing I found in healing is consistency. Once we found that, everything shifted in my mind. Consistency in a relationship is vital. From the big to the small things.

If you say you’re going to do it, do it–

Do what you say you’re going to. It’s really that simple. And if you can’t stick with your word then communicate and have a conversation about why. Trauma survivors expect inconsistency. Their lives were built around it. So, when being an hour late seems insignificant to the partner, it really hammers back all the large inconsistencies from the abuse. Or a promise to go somewhere falls through, simple communication will reiterate a feeling of safety by letting them know what to expect. Even in the simple things.

Don’t let feelings go unsaid. When the partner expresses themselves openly it creates a safe place for the trauma survivor to do the same. Healthy communication was not a part of the abusive relationship and has to be re-learned. As a survivor, we lived in a world where we were not allowed to express our feelings and if we did, we were told they were wrong or they evoked anger from the abuser. Create a space of consistent communication where it is safe to say how you feel. It will begin to build a secure attachment.

Similar to open communication, but deserves its own conversation. This is vital. Sometimes telling the truth is hard, but necessary. Living in manipulation leaves a person twisted on what is real and what isn’t. Sometimes not even trusting themselves to know what is true reality. Be an open book. About everything. There is already a tendency of distrust with every person the survivor crosses paths with and if you leave bits and pieces of the story out, it leaves it to the imagination of the survivor. And our imagination is not a place for a relationship to thrive. Building trust means you can consistently trust that your partner is telling you the truth even when it’s hard.

You see your partner as a human and not perfection. And allowing someone to make mistakes and calmly communicating builds a level of trust. In a committed relationship, when you do this over and over, you both know what to expect from each other when inevitably you make a mistake.

Growth, but not change–

What I mean is, you grow together as a couple. You change in ways that help you become better together. But not change in a way that makes you wishy washy. One day saying it’s fine to do something, but the next time it’s not. One day saying it’s fine to feel a certain way and the next time that emotion pops up it’s not ok. Be consistent with who you are and let that person develop the security of knowing how you will react to certain actions and emotions.

This isn’t about being boring or creating a chore list. This is about a connection each day that reminds each other of your love. Even if that’s a morning routine of coffee in the sunroom before work. Or a TV show in each other’s arms every night. Just something that you can both depend on no matter the day. This is an action that, on a good day is overflowing with love and on a bad day is a twinkle of a reminder that you are still special and important. The survivor will thrive in a routine like this. It becomes most important when you’ve had bad days because they’ve become accustomed to others love being conditional. But it’s vital that you make it a consistent routine because it’s during the good days that build the special connection to the routine so that they feel the love from the action on the bad days.

Basically, consistency in a relationship boils down to being predictable. Being predictable means your partner isn’t trying to make guesses. Repeating actions and behaviors throughout your relationship will strengthen trust and build the foundation you need to make it last and allows a trauma survivor to heal and open themselves up.

This isn’t an overnight process. Like I said, it has taken years of consistency to build up a level of trust in someone else and in myself. Don’t get discouraged at your first trigger or 100th trigger for that matter. If you are dedicated and serious about the relationship then you can get to a place with each other that you never imagined. Just takes a whole lot of love and consistency. 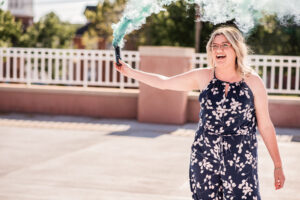 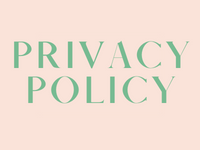